DFW AIRPORT, Texas, May 5, 2017 -- Customers from Dallas Fort Worth (DFW) International Airport now have non-stop access to two of the most popular destinations in Europe – Rome and Amsterdam. American Airlines will operate the seasonal flights daily from May to September for the peak summer travel season. 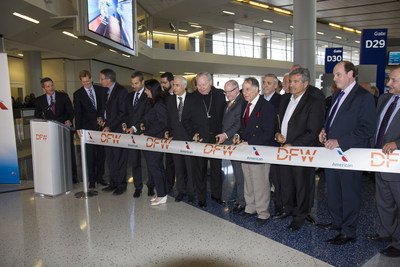 "We're thrilled our customers will now have non-stop access to two of the most iconic destinations in Europe," said John Ackerman, executive vice president of Global Strategy and Development for DFW Airport. "These routes answer the demand from a large number of local customers and provide a fantastic opportunity for customers who start their travel in the western United States. European customers can connect on American at DFW to more than 160 domestic destinations, as well as dozens of important business and leisure markets throughout Canada, Central and South America."

American is scheduled to operate the inaugural flight to Rome's Leonardo da Vinci–Fiumicino Airport (FCO) on the same Boeing 777-200ER aircraft that served Pope Francis during his visit to the United States in 2015. Named "Shepherd One" during its papal missions, the aircraft is adorned with a commemorative plaque, noting the Pope's travels.

"Rome is a popular destination for our customers during the summer, and as a key hub for American Airlines there was a great deal of demand from the DFW area," said Vasu Raja, Vice President of Network Planning. "The 777-200ER is the right size aircraft for this route as it offers 37 brand new lie-flat Business Class seats featuring all-aisle access, as well as 58 Main Cabin Extra seats and Main Cabin with personal TVs and power at every seat." 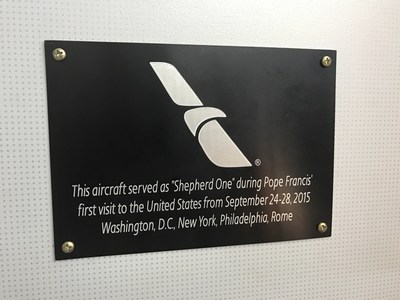