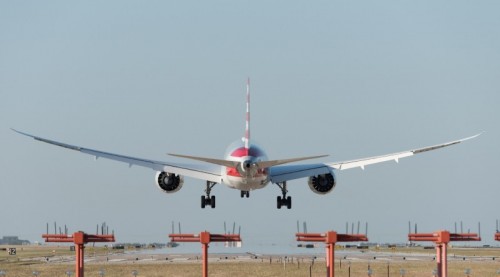 Utilizing a Boeing 777-300, American Airlines will offer daily flights to the busiest airport in Japan. Located approximately 10 miles from downtown Tokyo, Haneda Airport is a convenient option for those traveling for business or leisure.

“The addition of non-stop service between DFW Airport and Haneda Airport is great news for our customers, providing another choice for North Texas residents as well as those connecting through as they travel with our partners at American Airlines,” said John Ackerman, executive vice president of Global Strategy and Development for DFW Airport. “The Dallas-Fort Worth region is home to many Japanese businesses and this route will strengthen DFW Airport’s standing as the premier gateway to Japan for much of the United States.”

Dallas Fort Worth International (DFW) Airport warmly welcomes more than 69 million customers along their journey every year, elevating DFW to a status as one of the most frequently visited superhub airports in the world. Customers can choose among 191 domestic and 66 international nonstop destinations worldwide. DFW is elevating the customer experience with modernized facilities and updated amenities. Centered between its owner cities of Dallas and Fort Worth, Texas, DFW Airport also serves as a major economic generator for the North Texas region, producing over $37 billion in economic impact each year by connecting people through business and leisure travel. In 2019, DFW Airport earned the prestigious Airport of the Year award from Air Transport World. For more information, visit the DFW website or download the DFW Mobile App for iOS and Android devices.