DFW AIRPORT, Texas, July 18, 2018 -- Dallas Fort Worth (DFW) International Airport is changing curbside areas at all five terminals to active loading and unloading zones, part of a comprehensive program designed to improve the flow of traffic and enhance safety and security for customers, employees and business partners. DFW has added nearly 1,200 one-hour parking spaces and will encourage customers to use the terminal parking garages at no extra cost when picking up or dropping off passengers. Full enforcement of active loading and unloading zones will begin Sept. 8. 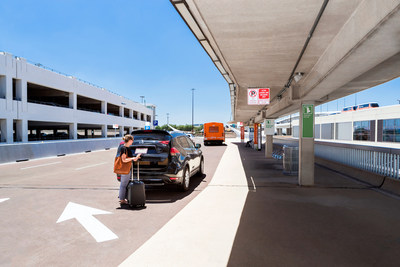 "There are more vehicles than ever at the Airport, and we want to keep traffic moving, while providing safer access to our terminals," said Sean Donohue, CEO of Dallas Fort Worth International Airport. "These necessary changes will improve the overall customer experience as it relates to traffic flow, efficiencies and ease of navigation."

Signs indicating the new policy will be posted at the terminal curbsides in July, designating the areas for active loading and unloading only. Previously, customers could idle in attended vehicles along the curbside, while waiting for arriving passengers. DFW Department of Public Safety and Parking teams will inform customers of the change throughout July and August, directing parked or standing vehicles to nearby terminal garages with 1-hour and 2-hour parking zones.

Comparing September 2015* to February 2018, vehicle traffic for the month increased by more than 245,000 visits at DFW. At peak times, there can be congestion along the curbs at all terminals, impeding the flow of traffic. The changes reduce the number of vehicles on the upper level and will bring DFW in line with other large airports which have not allowed curbside parking since 2001, including Dallas Love Field.

In 2019, after active loading and unloading zones are implemented, the Airport will shift some transportation services to upper and lower concourses, based on customer demand.

To support the new parking policies, new signs and enforcement will be implemented in several phases. DFW Airport is committed to communicating those changes with customers, the community, and its stakeholders in a clear and timely manner.

*Note: The press release originally issued with an error in date, which has been corrected. The erroneous date was originally posted as "February 2015," but is correctly listed above as "September 2015."