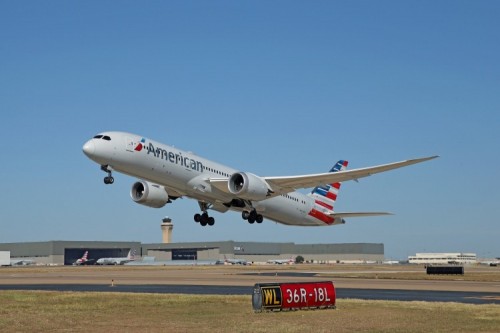 (DFW AIRPORT, Texas, Oct. 28, 2019) – Dallas Fort Worth International (DFW) Airport customers will have another destination in the South Pacific to choose from with the addition of American Airlines' non-stop service to Auckland, New Zealand. The service will be available for sale on November 9, 2019, and flights will operate from October 2020 with American's state-of-the-art Boeing 787-9.

Auckland, located on the North Island of New Zealand, is the country's largest city and is host to major sporting events, festivals, high-end shopping, concerts, and full of world-class food and wine. Forty-eight volcanic cones can be found across Auckland and the city is full of art galleries, museums, and Māori cultural attractions including contemporary art, history, and guided tours.

"The addition of non-stop service between DFW Airport and Auckland is great news for our customers and all of North Texas, giving the millions who pass through our Airport annually more choices when making travel plans and providing economic benefit for the entire region," said Sean Donohue, chief executive officer at DFW Airport. "Our partnership with American Airlines continues to bring record growth for DFW Airport, with more passengers during the past year than the Airport has seen in any of the past 15 years."

To continue future growth, DFW Airport remains committed to working closely with American Airlines on plans for Terminal F. While design and operational plans are still being finalized, a long-term projection of up to 24 gates in the new facility will help address the continued growth at the Airport, as well as accommodate a changing aviation industry, utilizing innovative technologies to facilitate the movement of customers, maintain cost efficiencies for airlines and improve operational performance.

Dallas Fort Worth International (DFW) Airport warmly welcomes more than 69 million customers along their journey every year, elevating DFW to a status as one of the most frequently visited superhub airports in the world. Customers can choose among 182 domestic and 62 international nonstop destinations worldwide. DFW is elevating the customer experience with modernized facilities and updated amenities. Centered between its owner cities of Dallas and Fort Worth, Texas, DFW Airport also serves as a major economic generator for the North Texas region, producing over $37 billion in economic impact each year by connecting people through business and leisure travel. In 2019, DFW Airport earned the prestigious Airport of the Year award from Air Transport World. For more information, visit the DFW website or download the DFW Mobile App for iOS and Android devices.