Nonstop service between DFW and Europe nearly doubled since 2014

DFW AIRPORT, Texas, June 6, 2019 -- Dallas Fort Worth International (DFW) Airport customers will have more options to Europe when American Airlines launches new nonstop service to Dublin, Ireland, and Munich, Germany. The addition of Dublin will be the only nonstop service between Texas and Ireland. Service to Munich will mark DFW Airport's third daily nonstop flight to Germany. 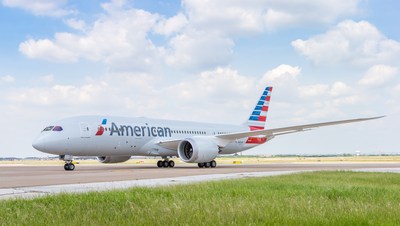 "The addition of American Airlines service to Dublin and Munich marks an important milestone for DFW Airport as we work to increase connectivity to Europe, linking North Texas to key business and leisure destinations. We are confident the addition of Dublin and Munich to our offerings at DFW will be popular with both business and leisure travelers alike and will contribute to our region's growth for in-bound tourism, and trade," said John Ackerman, DFW's executive vice president of Global Strategy and Development. "American has demonstrated tremendous confidence in DFW and the entire North Texas region by adding these flights and continuing to grow at an unprecedented rate, and we've jointly announced a sixth terminal to support these customers."

"By growing our largest and most profitable hub, we are building the world's most connected network," said Vasu Raja, Vice President of Network and Schedule Planning for American. "We're making the world a smaller and more connected place by adding small communities like Harlingen, Texas, to global cities like Dublin and Munich."